And down to the docks they went… in search of the the iconic old wharf-side buildings known as the Bryggen. Most of these buildings, on the UNESCO list for World Cultural Heritage sites since 1979, are relative newcomers having been built since a fire in 1702! Parts of Bryggen were destroyed in a fire in 1955. A thirteen-year archaeological excavation followed, revealed the day-to-day runic inscriptions known as the Bryggen inscriptions.

The Bryggen inscriptions are a find of some 670 medieval runic inscriptions on wood (mostly pine) and bone found from 1955 and forth at Bryggen (and its surroundings) in Bergen, Norway. It has been called the most important runic find in the twentieth century. Before the find of these inscriptions, there was doubt whether the runes were ever used for anything else than inscriptions of names and solemn phrases. The Bryggen find showed the everyday use that runes had in this area, and presumably in other parts of Scandinavia as well. Another important aspect of the find was that many of the inscriptions were obviously at least as young as the 14th century. Previously it was believed that the use of runes in Norway had died out long before.

On a sign in the neighborhood I was reading that to compensate for the spongy earth near the wharf, the area was filled in with all manner of detritus, including household refuse, shoes, broken furniture, bones, and the above mentioned pieces of pine with the engraved runes.. This fill was, in places, up to 30 meters deep! 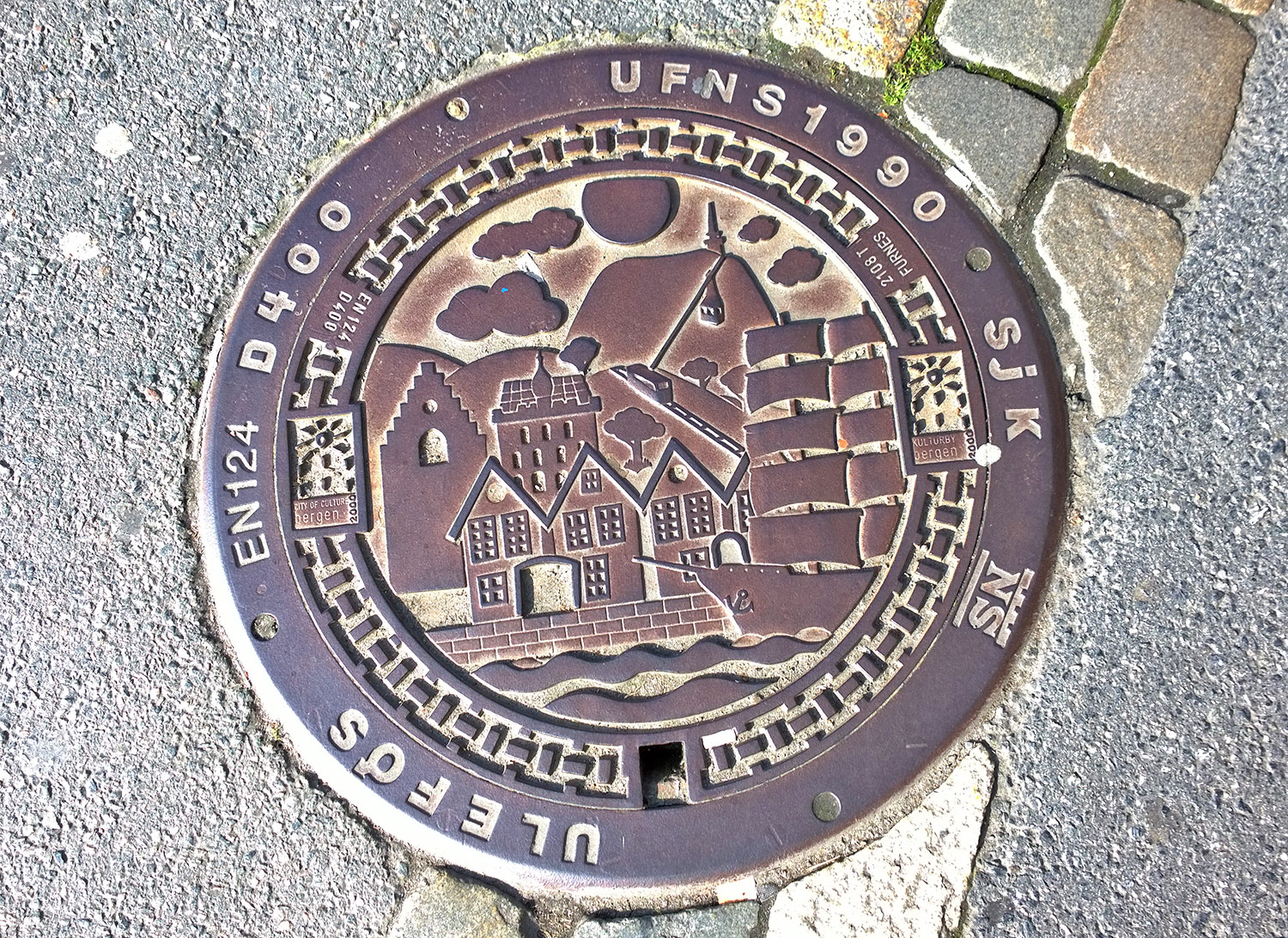 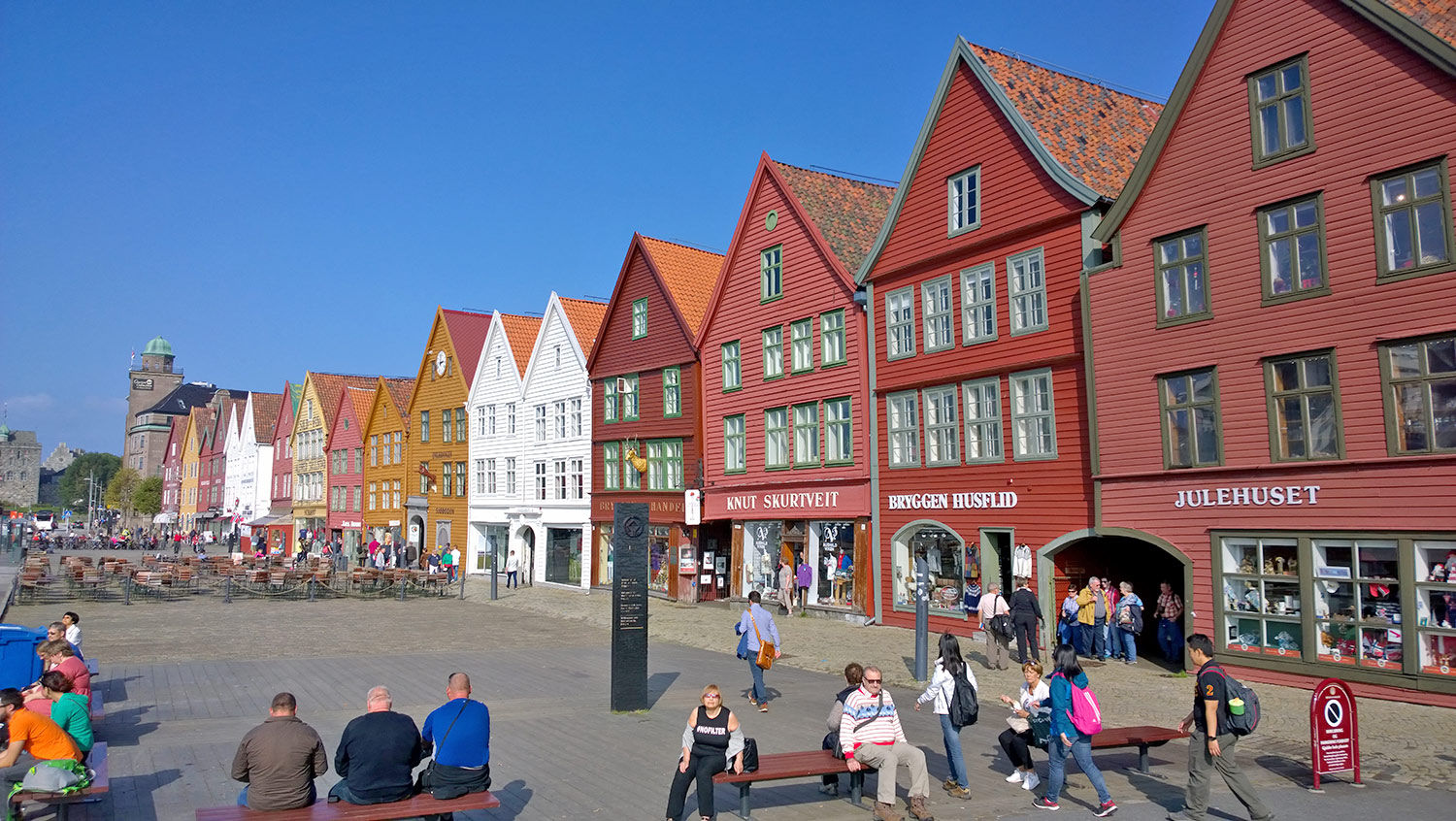 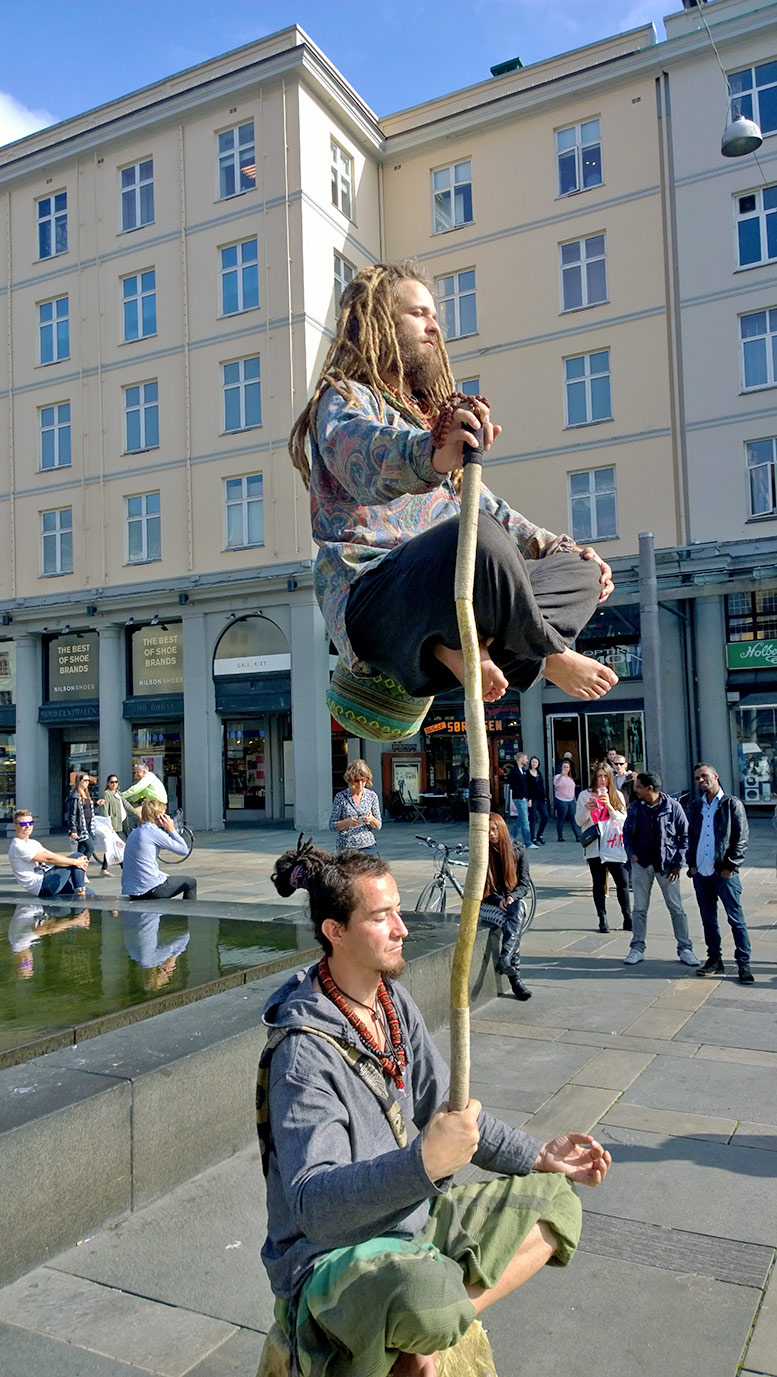 Nice trick, but that is all. There was a steel rod going from a base under the bottom fellow, under his clothes, down his right sleeve to the rod/cane up to the right arm of the upper fellow, up his sleeve and down through his clothes to a little platform he was sitting on. Very cleaver and well executed, but tiny pieces of the steel rod could be seen under the hand of the lower guy and over the thumb of the upper guy. Still full credit to them. We missed the beginning of the act but came upon them as they huddled in a big silk bag getting it all set up….

B. Baltimore, MD in '56 | D. No data available yet | Hedonism includes cooking, eating, drinking, photography, travel... The usual pleasures of the flesh and the company of friends! -in no particular order...

The Law of Mess

Japanese White Eyes fighting it out for bananas #